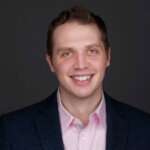 Ryan Stelzer is an author, keynote speaker, and co-founder at Strategy of Mind, a Boston-based management consultancy specializing in organizational performance.

Prior to consulting, Ryan served at The White House as a Presidential Management Fellow during the Obama Administration, where his team was responsible for improving and sustaining high levels of performance across federal agencies. Before this, Ryan worked as a Special Assistant to the Chairman of the Export-Import Bank of the United States. He holds a master’s degree from the University of Chicago and undergraduate degrees from Boston University and the University of Cambridge in the UK.

Ryan’s published work has received over 1 million collective views across leading international media platforms including The Washington Post, TEDx, LinkedIn, Quartz, and Fast Company. And, to the embarrassment of his nieces, Ryan has developed a growing presence on TikTok.

His first book, Think Talk Create: Building Workplaces Fit for Humans, which Ryan co-authored, was published by Hachette: PublicAffairs in September 2021. As an author, Ryan is represented by Kneerim & Williams and, as a keynote speaker, the Harry Walker Agency.