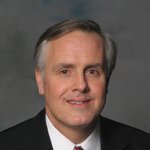 He received a doctorate in physiology and virology from Colorado State University in Fort Collins, Colo., in 1989. Following post-doctoral positions at The Jackson Laboratory in Bar Harbor, Maine, and the department of microbiology at the University of Massachusetts at Amherst, he became a member of the Elms College faculty in the biology department in 1994.

Walter is published in the fields of molecular virology and lactation physiology, and is the recipient of numerous research, teaching, and technology grants. He has served on various college-wide committees, including most recently, the Strategic Planning Committee, which he chaired.

Walter resides in Vernon, Vermont, with his wife, Elizabeth, and four children, Jeffrey, Miranda, Alexander, and Kirsten. He was elected to the Vernon School Board in 2004, and again in 2006, and was appointed board clerk in 2005.