On Transparency in Education and in Government

Office of the President

On Transparency in Education and in Government

So much is happening in and around higher education these days that it is difficult to pick one topic on which to reflect.

Should we address the scandal of wealthy parents buying access for their children at highly selective institutions? Or, on the opposite end of the spectrum, the access problem that will be created by the closure of many institutions that have served predominantly first-generation students? 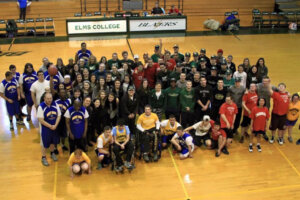 What about the Department of Education budget proposal that cuts funding for Special Olympics? What does that have to do with higher education, you might ask? Look no further than Elms College, where our women’s basketball team has been partnering with the Special Olympics program for years now. Western Mass News recently broadcast an interview with our own Coach Michelle Proulx. Watch it here: http://bit.ly/2V9BcHr.

One item that keeps puzzling me, however, is the president’s March 21, 2019, Executive Order on Improving Free Inquiry, Transparency, and Accountability at Colleges and Universities. As a scholar and practitioner of higher education, I recognize many, if not most, of the themes of American higher education in the preamble of the order: free speech — read: autonomy, academic freedom, student activism — access and affordability, outcomes and accountability, disclosure and transparency. What problem is the executive order trying to address, specifically?

If the goal is be a defender of free speech and free inquiry on campuses, the order would be most welcome. Indeed, higher education has thrived on the free exchange of ideas adopting Boileau’s principle that du choc des idées jaillit la lumière (“enlightenment comes when ideas collide”). This is also very consistent with the Catholic intellectual tradition. As Pope Francis told a delegation of university leaders in April 2018: “Universities, by their very nature, are called to be workshops of dialogue and encounter in the service of truth, justice, and the defense of human dignity at every level. This is especially true of Catholic institutions.”

Many fear, however, that a concern for the search for truth through free inquiry is not the primary motivation for the order. For example, Vanderbilt University’s response to the executive order states:

“We have serious concerns about the false perceptions regarding free expression fueling the executive order. Freedom of expression is alive and well at Vanderbilt, and at research universities across the country. Weaponizing research dollars for political purposes — dollars used to develop vaccines, treatments, and innovations that change people’s lives — is misguided and jeopardizes the historic and robust partnership between America’s research universities and the federal government.”

I have read and re-read the litany of concerns expressed in Section 1 of the executive order and am still wondering: What problem is it trying to solve?